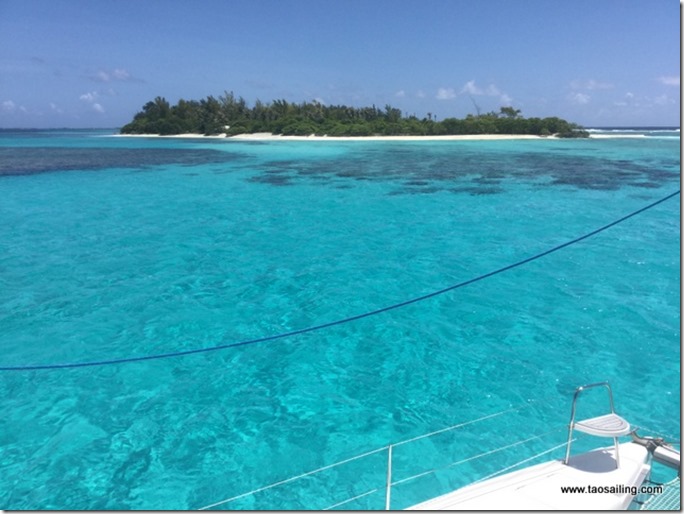 After six days of quiet navigation, We arrive in the Gambier archipelago lost in the middle of the Pacific. Tahiti is more of 1600 kilometers to the Northwest. We look forward to meeting our friends...

The day before our arrival we put lines in the water. This is an opportunity to try the new Rapala we gave Patrick and Noelle (Utopia).  Less than an hour the rattle of the reel sings and wire be discharged quickly. Fast, I squeeze the maximum reel brake, We go the Genoa and change course to slow... It was time, because it is almost more than a few turns of wire on the reel when finally the fish pulls a little less. I'm burning by touching the reel!  More of 300 metres behind the boat we see a sailfish jumping out of the water. As long as the wire takes good... by chance marlin unhooks and our line is saved…  But the new Rapala's well bad with a broken hook, Another twisted, and hacked the body... It must have been a beautiful beast! 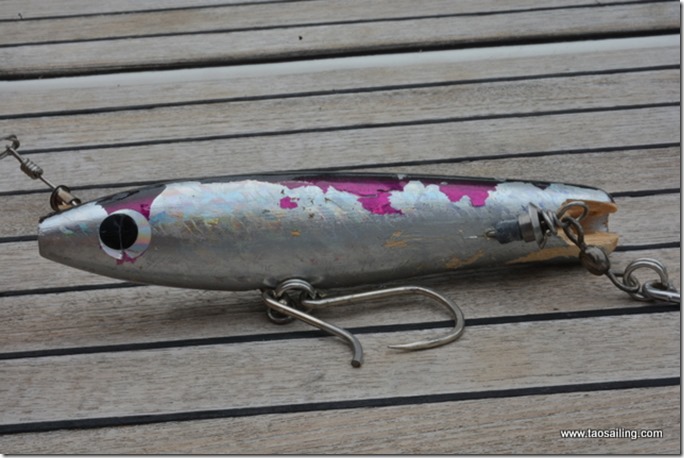 After a quick passage by the village, where we find Ha - Tak and Ilona, our first anchorage is in the South of the island of Taravai... across from Denise and Edward. Their House is in its green setting. After four years in Tahiti they moved back into their house a few weeks earlier... What a coincidence! 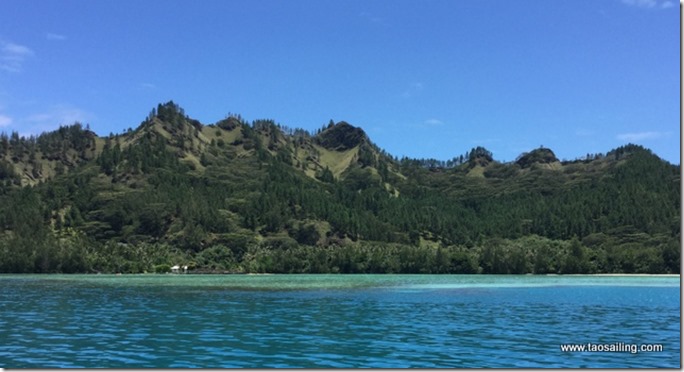 Tao is wet on a lake between Taravai and Agakauitai Islands. 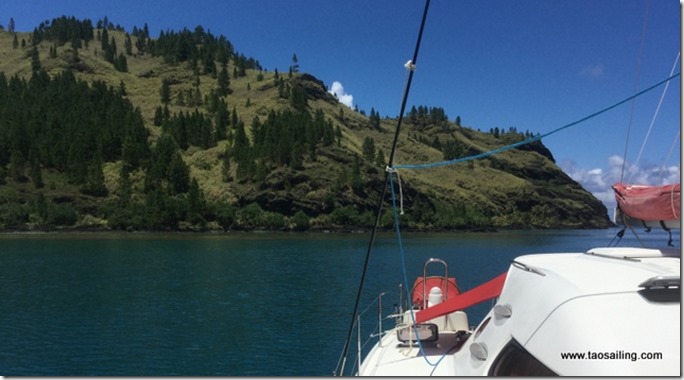 On board Tao reunion are around a roast pork as Denise to prepared. We are happy to also mark and Jane (Ratafia) who are joining us. 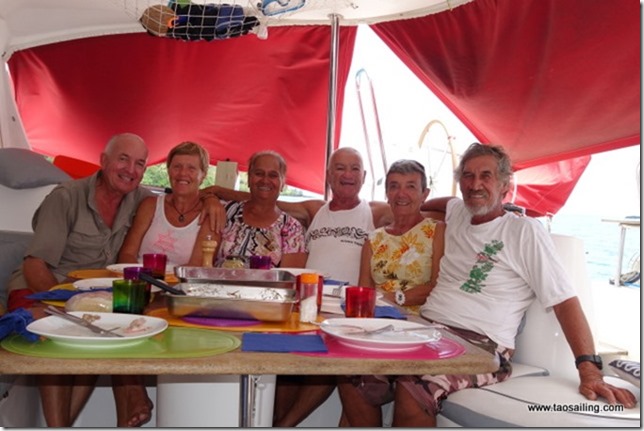 We look forward to bathe around the motus that bloom along the coral reef on the side is of the archipelago. It's sailing we go... 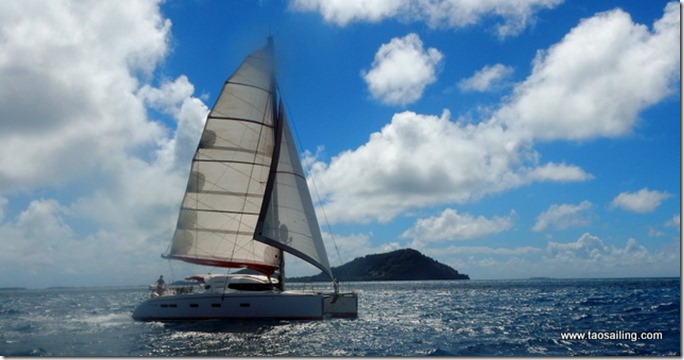 In the company of Ratafia, who stops him in the lagoon of the island of Akamaru. 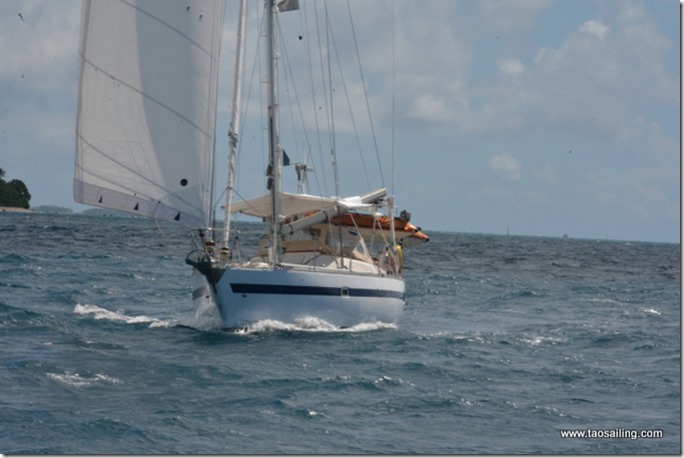 In passing along a few farms.

and less than two hours later we find, from the Tekava motu, a pretty blue turquoise basin to ask our anchor in three metres of water. 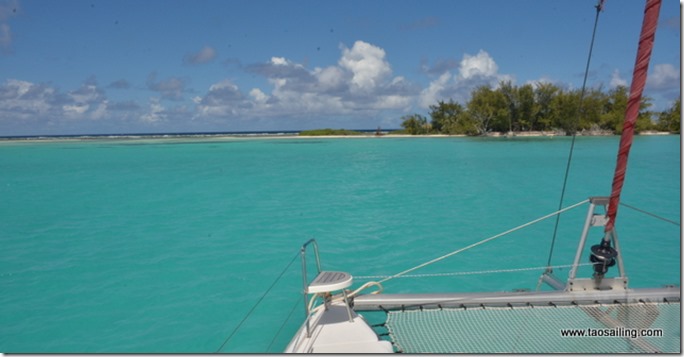 We are surrounded by coral potatoes that come to light when the tide drops. 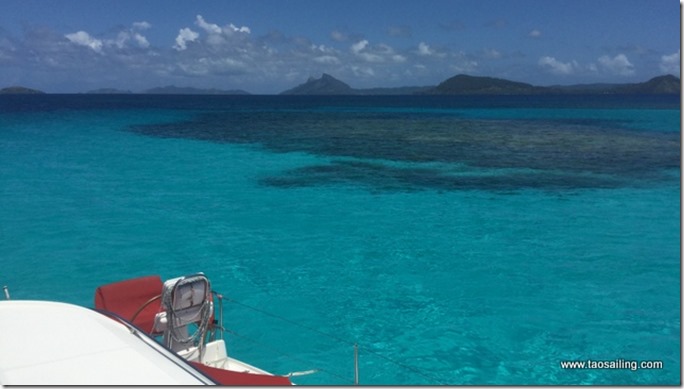 In front of Tao the coral reef protect us swell and waves of more than two meters that are a constant background noise... a little on the edge of the device, but... not quite

Barely buried in the white sand anchor, We hop in the water with our masks and snorkels for a first visit to our neighbors who are as curious as we. 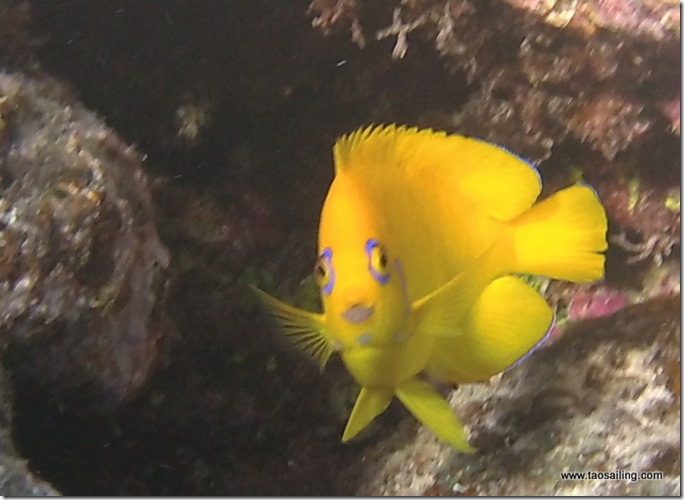 Time passes quickly away from it all to live to the rhythm of nature. We take this opportunity to make some crafts such as the installation of a chain counter, the connection of a multiplexer to receive the data of navigation on the iPad, lubrication of the propellers... And the evening's aperitif on the markets of skirts, facing the sunset...

Since 2016 we have developped our own battery management system for lithium batteries. With the pressure of fellow sailors it is now a commercial product. The only BMS on the market really designed to meet the needs and the safety requirements on a boat. Visit the site www.taobms.com for more details