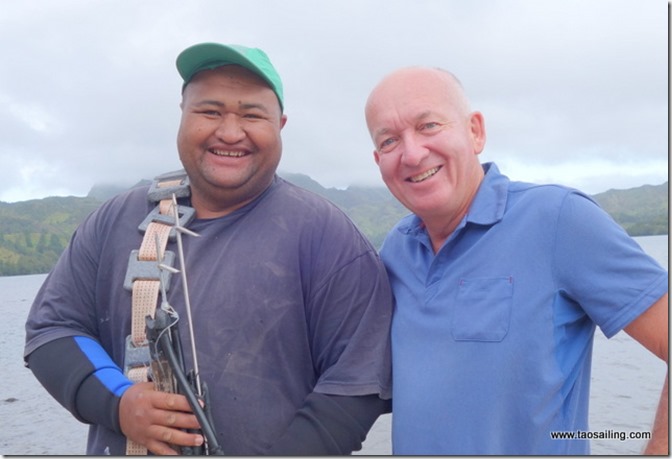 *Hello Rapa. The joviality, the kindness, generosity and sharing with the inhabitants of Rapa make this island is particularly welcoming and engaging...

The weather is confirmed it is the right time to leave on Rapa before another depression arrives!  After 3 days of turbulent navigation, with many grain and a sea choppy, We finally get to Rapa. The past is easy access, but the most difficult is to find a good place where to drop anchor and unfortunately there is reef funds... which surround the more money 20 metres! 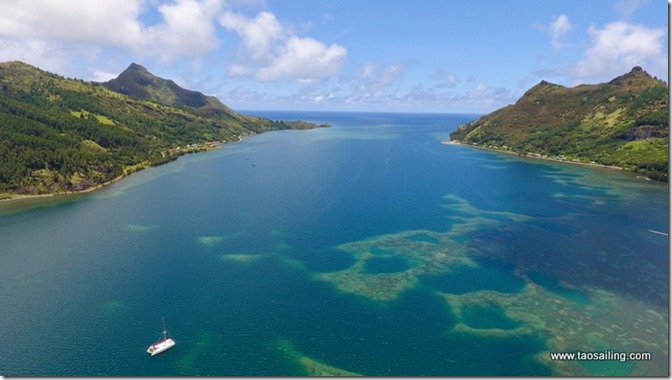 Located in the South East of the Austral is the most isolated island of French Polynesia. There is no airport, only a boat that sails all the 2 months to replenish two grocery stores and deliver the orders of 514 inhabitants... mean you to say that we forget anything especially in holiday season!The month of December is unusually loaded events : 4 Weddings are planned in addition to all the holidays end of year. We are 4 boats in the Bay and everyone is warmly invited by population

The day after our arrival is the school party, the costumed children sing, dancing under the watchful eyes of their mistress, 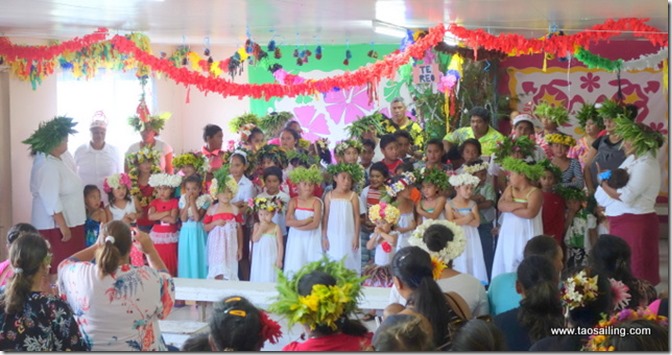 families prepared for the occasion some good "creamy" cakes for children. We leave with sodas, Candy and crackers. Luckily we wanted to start a small plan!!! 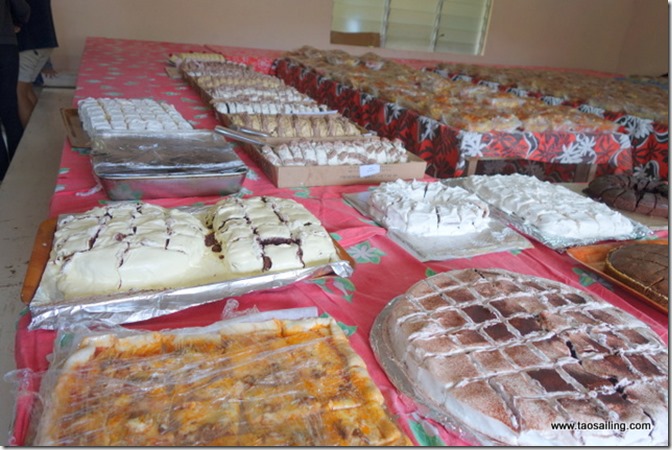 Rapa which is an ancient volcano has many peaks and summits with natural fortifications which overlooking the steep hills and were used as "strong" by the ancient tribes.

Each "fort" is more or less accessible by a trail that climbs up to the line of ridges. 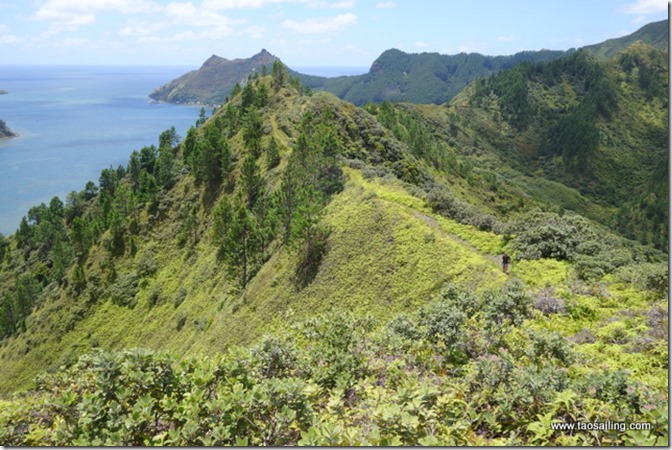 the vegetation is varied , as this rare flower whose heart is edible 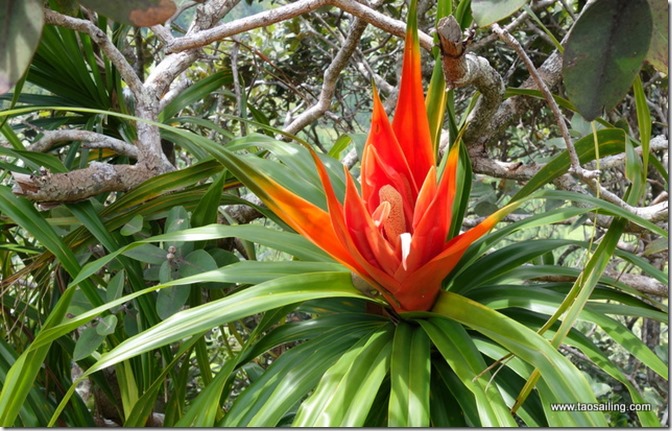 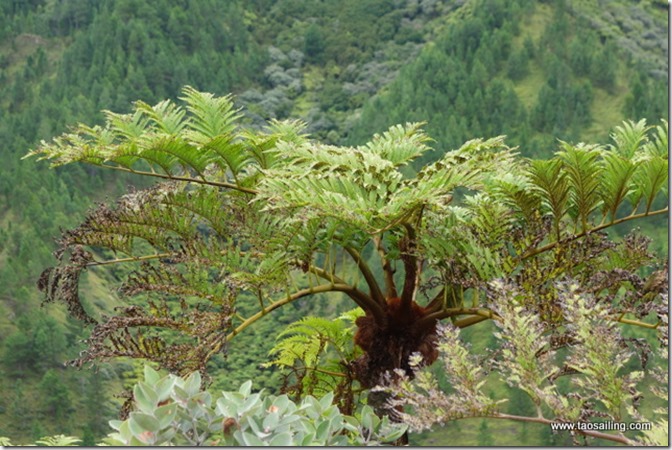 part of the dense vegetation 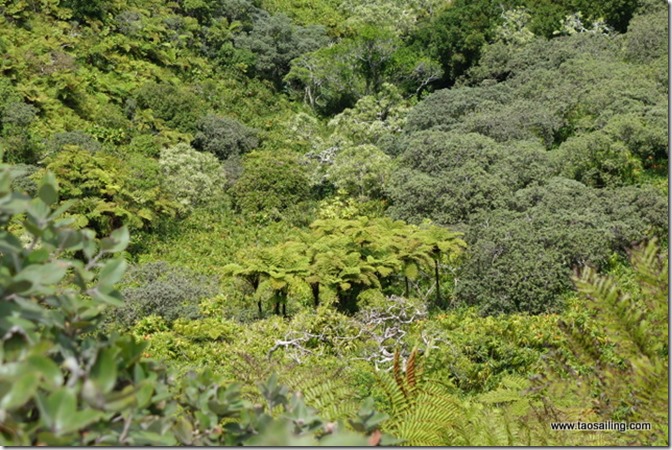 as well as this green pigeon photographed along the trail. 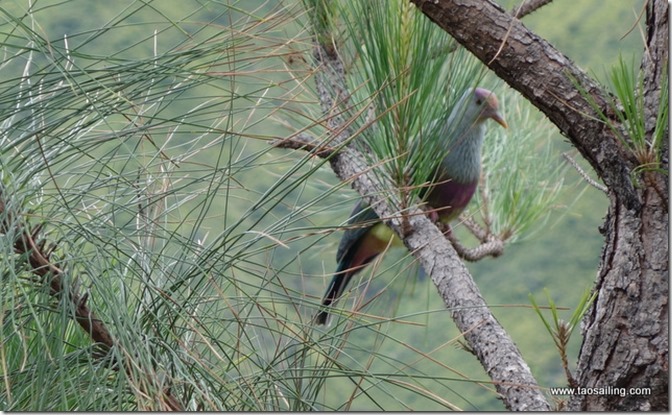 Rapa Bay as well as the entire area east of the island are protected by a "Rahul". It is therefore forbidden to fish other than by the line. But tomorrow, the local Committee has decided to open the Rahul for fishing community of underwater 7 in the morning until 14 hour. Good morning Philippe embarks on a whaler with our friends Remu and Francis... and a couple of divers. In all a dozen boats take divers. 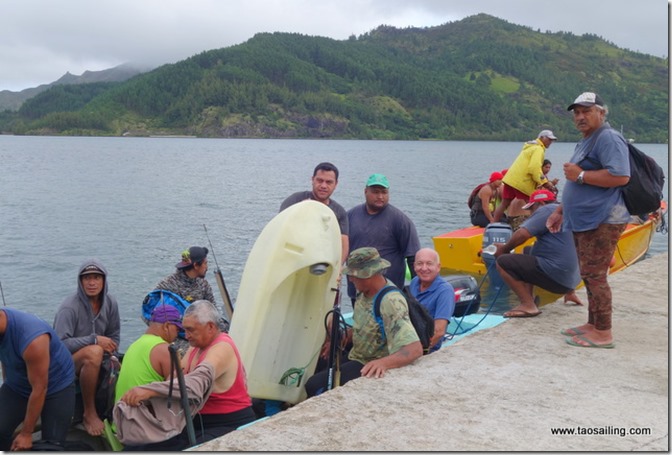 One type of fish is caught, the mo, because he is not infected with ciguatera. Fishing was "average" and only a thousand fish were brought back. Back to the dock it's time of sharing and every family of the island will receive its share. 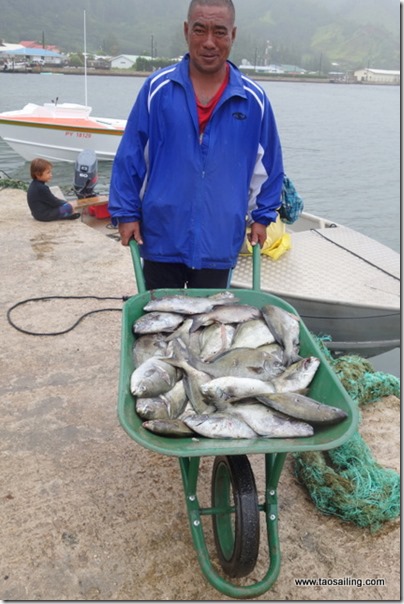 There are a lot of fish for each family and each yacht. 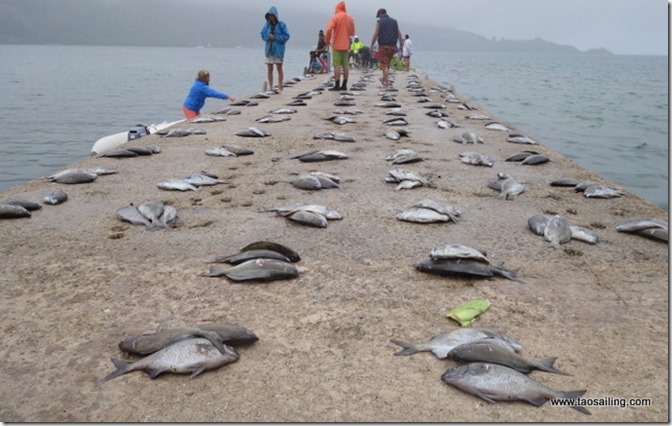 For those who do not fish he was planned to debrousser the road leading to the fort closer to the village. Nathalie part on the Ridge with the joyful team equipped with a machete... 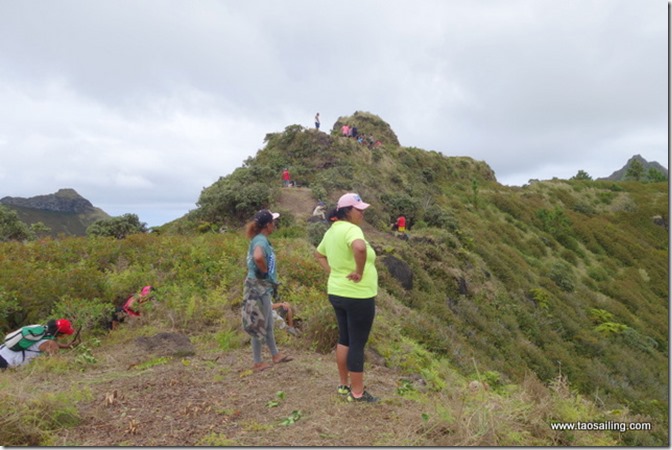 After this morning at the outdoor Nathalie assistance in the preparation of the community meal. A lot of fun to teach him to ride the firi-firi (Donuts)  in the form of "eight". 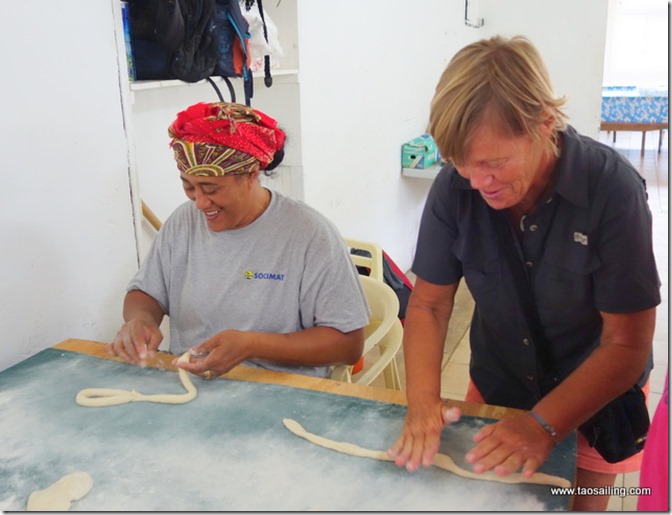 Everyone gets going in a well-oiled which seems. 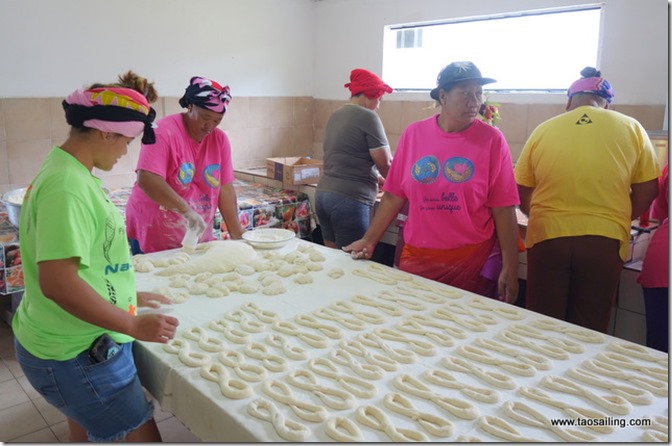 Another team prepares the chicken. 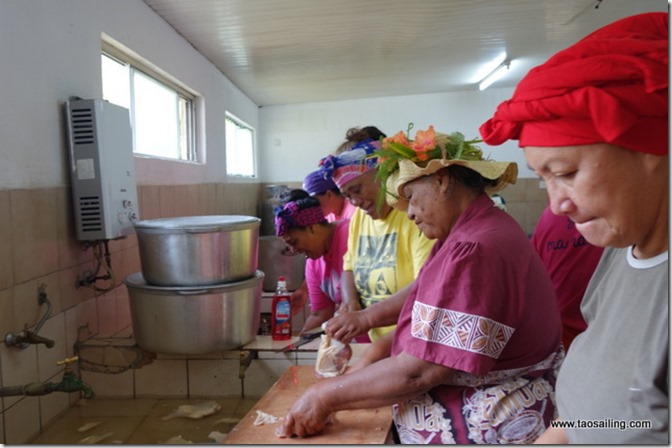 And this is just a start of the festivities... Christmas, Four Weddings and new year ahead!